Last time, after I finished the "Light Cavalry" set, a lot of arms with crossbows remained, because all of my horsemen from the set have lances. I decided to utilize these arms and crossbows in order to make foot crossbowmen. 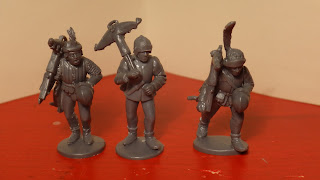 In the "Light Cavalry" set you can get four different arms with crossbows and two of them have a leather covered crossbow. This cover is a protective layer which was put on the crossbows during marching on the campaigns. It helped to protect the weapon from the elements because crossbows with composite limbs are extremely sensitive to water. These are ideal to make marching crossbowmen.
The arms were put on the bodies of the "Wars of the Roses Infantry" set - I used the marching ones. The heads were selected from three different sets. The quivers that you can get with the light cavalry are more interesting than in the "European Mercenaries" set because there are two different types instead of one. 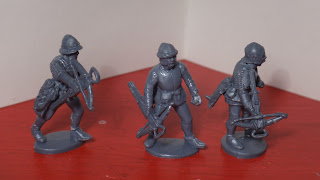 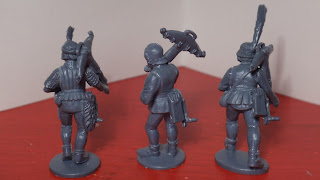 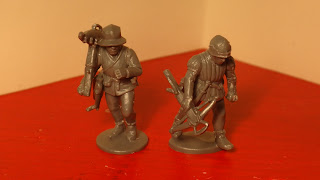 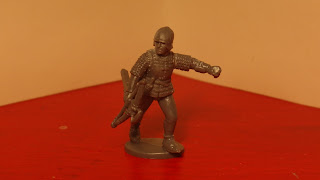