After one-and-a-half-month of silence I am here with my newest unit. I got the figures in December however I was lazy to paint so the process was really slow.

The janissaries were the toughest soldiers of the Ottoman army. They were well trained and disciplined infantrymen. The Turkish term „yeñiçeri” means new corps. The creator of the unit was sultan Murad I. who organized a personal bodyguard for himself from slaves in 1363. At the beginning the number of the janissaries was only 1000, by the end of the 15th century it increased to 8000 and after Süleyman the Magnificent's death to ca. 40 000.

After the end of the 14th century they were collected through the „devşirme” system. Within this, young Christian boys aged between 8 and 10 years were selected by trained agents. The collecting areas of the system were the vassal Christian states of the Ottoman Empire in the Balkans like Bulgaria, Serbia, Albania, Greece and Bosnia. Orphans, only sons, Jews or Gypsies were exempt and for example gathering children from Hungary was not allowed. Then the selected boys moved to Istanbul on foot where the very best of them were divided between schools. The others who were not chosen were adopted by Muslim Anatolian families. They were converted to Islam and the hard work on the farms trained them for the military service. Later they went to military schools and became ordinary military officers. The youngsters who learned in the Enderûn schools got a hard military training and later they became janissaries. Only a few and the most talented were placed in the palace school. These learned Islamic sciences, mathematics, geography, Persian, Turkish and Arabic language, history, law, administration and arts. They also got physical and military training. The graduates of the school later could become military commanders, statesmen, administrators, scientists and teachers.
In conclusion, the goal of the devşirme system was to select the elite of the elite. Some people see it as kidnapping or enslaving the Christians however this was a great chance to break out for the common boys. Sometimes even parents gave intentionally their children to the devşirme to help their children's living conditions and ground their career. 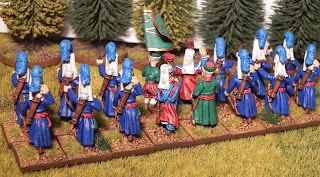 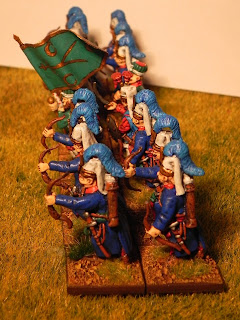 The most important weapon of the janissaries was the bow. They were extremely trained archers and used the thumb ring shooting technique. From the middle of the 15th century more and more handguns were applied by them. Their primary melee weapon was the Ottoman sabre, the kilij. They also used halberds, axes and daggers. Janissaries wore uniforms, which was a long-sleeved coat. The headgear was made from tubular white felt which was called börk. They lived in barracks in peacetime and were paid regular salaries. Strict rules regulated their life in the barracks. The basic unit of the janissaries was the orta (battalion). Some of the officers bore titles related to food such as aşçı başı (chief cook) - the commander of the orta and the çorbacı (soup maker). The ocak (janissary corps) was the part of the kapikülü corps. They marched into battle on the encouraging music of their military band - the mehterân. The patron saint of the janissaries was Hacı Bektaş and the bektaşhi dervish order closely linked to them. 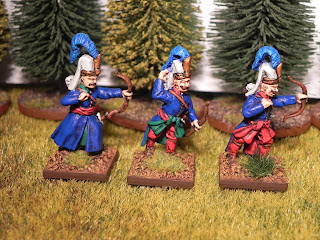 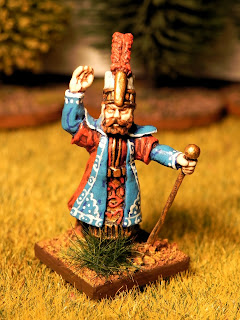 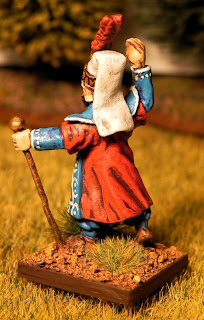 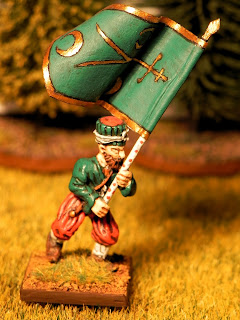 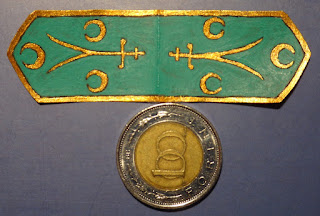 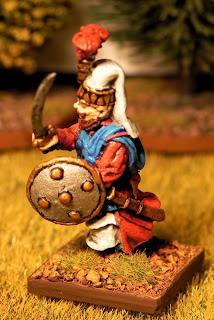 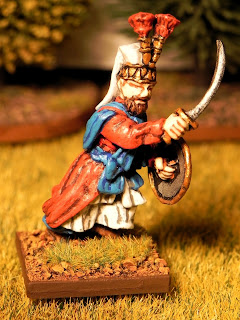 In battles, they usually filled in defensive roles. Often defensive lines were applied to protect them from enemy cavalry like wooden stakes linked with chains, ramparts and even wagon tabors. However, during sieges, they could make rapid charges.
The lines of the janissaries were able to stop the charges of the European knights in many battles like at Nicopole 1396, Varna 1444, Kosovo Polje 1448 and at Mohács in 1526. 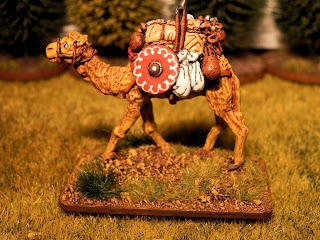 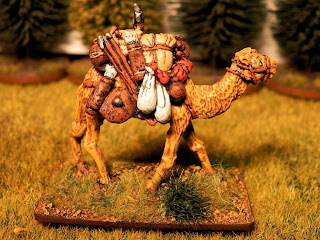 The janissaries played an important role in the Ottoman Empire. They made up the base of the power of the sultan. Because they were foreigners who had no interest in the politics they were very faithful to the sultan. Nonetheless there were some janissary revolts during the history of the Empire.
In 1826 when sultan Mahmud II wanted to modernize the Turkish army along Western European lines they turned against him. The revolt was stroke down, many of them were executed and the janissary corps were disbanded.

The figures are from Assault Group Miniatures.
Posted by Der Hauptmann at 16:29