The first cavalry units of my Hungarian Honvéd Army are two squadrons of the 9th 'Nicholas' Hussar regiment. 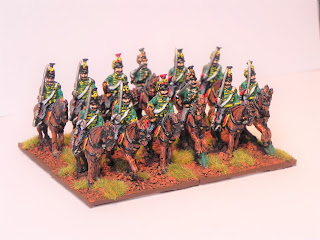 The cavalry of the Honvéd Army almost only consisted of hussars (except the uhlans of the Polish Legion and the dragoon squadron of the Italian Legion). Most of the former imperial hussar regiments joined the Hungarian side during the revolution (1st to 12th regiments) and additionally new regiments were founded (13th-18th).

The 9th 'Nicholas' Regiment was an old unit of the Austrian Imperial Army. The titular owner of the regiment was tsar Nicholas I, thats why the regiments name is 'Nicholas'. The regiment arrived to Hungary from Silesia in June 1848 and immediately joined the Honvéd Army. Units from the regiment fought in the most important battles of the revolution: Pákozd, Hatvan, Tápióbicske, Isaszeg and Nagysalló. At the end, they capitulated to the Russians under the command of General Görgey at Világos. 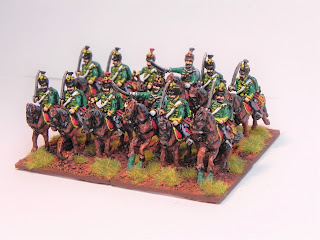 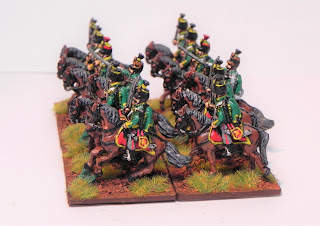 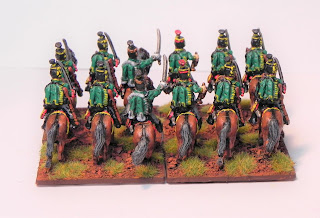 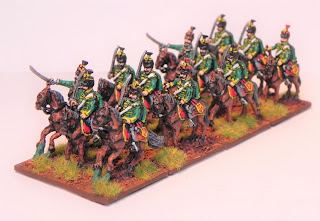 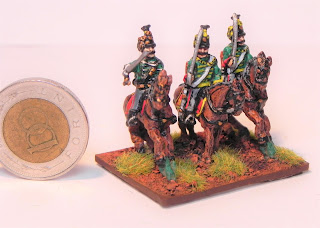 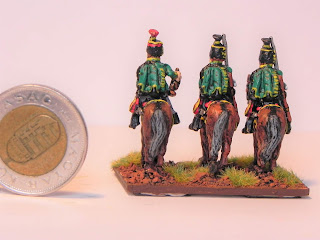 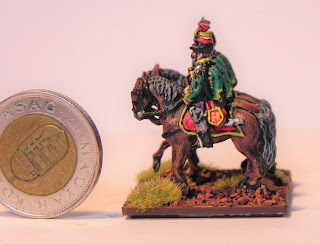 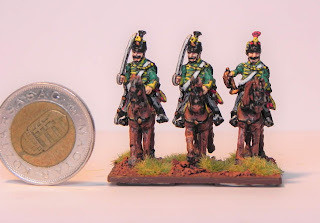 The figures are from Honvéd Miniatures.
Posted by Der Hauptmann at 22:56