For a long time, there have been no new posts on my blog. I was busy with learning for my exams and I had to pause my figurepainting hobby. 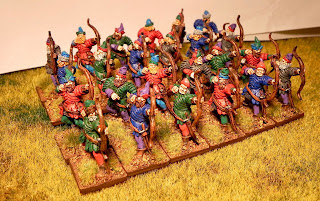 The newest unit of my 15th century Hungarian army is a group of light infantry archers. I badly needed this type of troops because crossbowmen and handgunners were not very effective on the battlefield against the Ottomans. They could not shoot while mooving so they held up the rest of the infantry behind them. Other problem was to synchronize them with the cavalry. Light infantry archers - according to the Vlad the Impaler army list - are skirmishers so this makes them more useful than the crossbowmen. They are pretty cheap in points, all of them can fire, not only the first row and they can move quite fast. On the other hand, their leadership value is really low - only 6. I have not tried them out in any battle so I hope they will do their job. The figures are from Old glory miniatures. 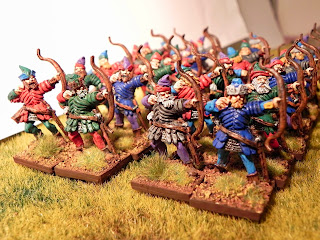 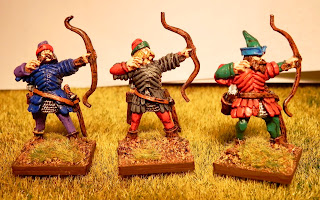 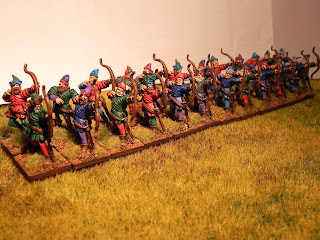