An other important unit of my 15th century Ottoman army is finished - an artillery battery. 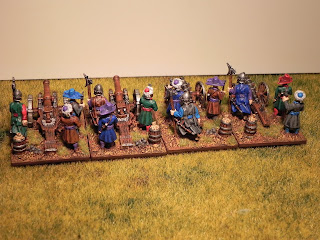 Ottoman artillery was almost the best in Europe between the 15th and 17th centuries. Its organisation and ammunition system was far more developed than in any other European army. Originally this unit was launched by the help of experienced Christian European mastergunners and cannon makers. Later the Ottomans had their own experts for this task. The Topçu Ocağı (artillery corps) became the part of the kapikülü troops.
Usually compared to the high number of the soldiers, Ottoman armies had fewer firearms then European armies but their artillery was stronger. Turks mostly used cannons during sieges, and they had an effective field artillery by the end of the 15th century. For example, they used field artillery very effectively in the battles of Chaldiran (1514) and Marj Dabiq (1516). 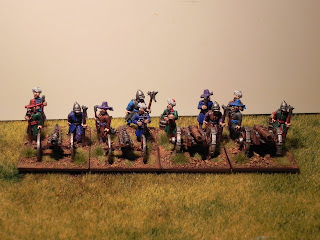 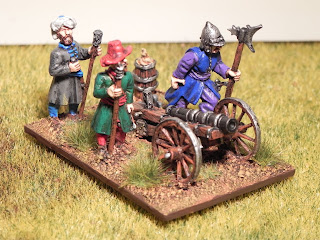 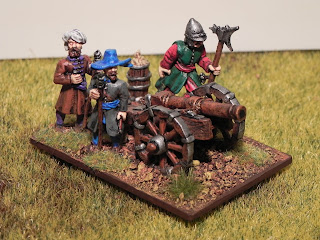 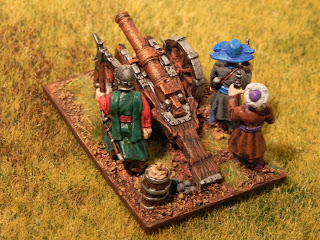 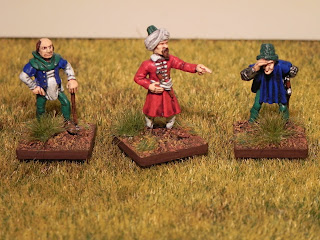