My new wargame project will be the Hungarian War of Independence of 1848-49. This is an interesting part of military history because it was more than a revolution and had similar warfare to the Napoleonic age. 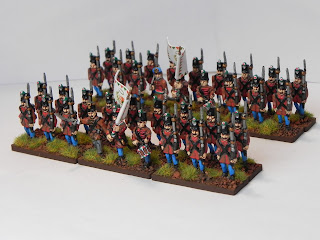 The Hungarian Revolution broke out on the 15th of March in 1848. The Hungarian nation opposed the centralizing politics of the Habsburg dinasty and they wanted to be independent in the field of military affairs, government financing and internal politics. Ferdinand the 1st accepted the claims and the first independent Hungarian government was founded under the leadership of Lajos Battyhány. Next the Austrian politicians forced Ferdinand to step down from the throne and Franz Joseph became the new Habsburg emperor who acted against the revolution. Then the war of independence started.

The new Hungarian governemnt started to establish an independent army. This was called the Honvédség (it literally means defence forces). Some Hungarian units of the Imperial Austrian Army joinded the establishment of the Honvéd Army, but this was not enough to protect the revolution. The first honvéd battalions were recruited in the end of May 1848. The Honvéd Army reached the number of 150 000 by the summer of 1849.

The honvéd infatry had traditional Hungarian garnment as uniform. The atilla coat had brown color with red braiding and the tight Hungarian-style pants were blue coloured. They had no unified firearms: from the most modern percussion lock muskets to even Napoleonic arms a wide range of weapons were used by the honvéds. This made them less effective in firepower compared to the well equipped Imperial line infantry regiments. Because of this, the Hungarian strategists mostly relied on bayonett charges, which proved to be effective thanks to the enthusiastic soldiers. 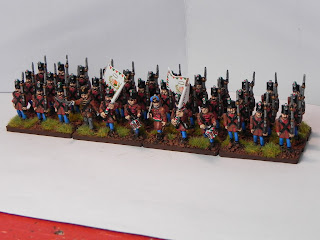 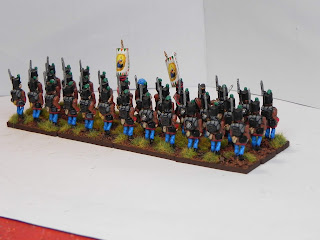 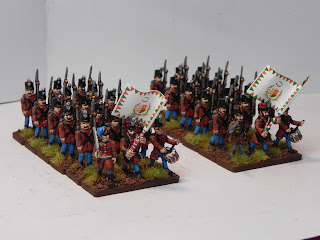 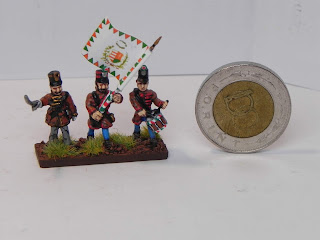 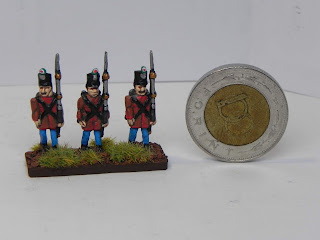 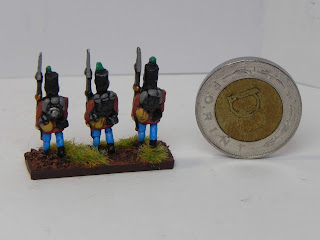 The 15 mm figures are from Honvéd Miniatures.
Posted by Der Hauptmann at 23:08