My Hungarian Revolutionary project is going on. The next step is to put up artillery for both sides. I have managed to finish a 6 pdr Austrian battery. Currently I'm working on its Hungarian counterpart. 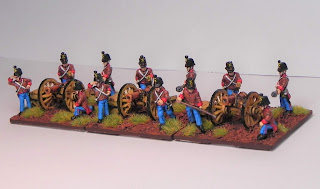 NOTE: I have seen many reconstructions and wagrame figures of 1848 Austrian artillerymen in hats with yellow margin. It is a misbelief that all artillery troops had that kind of ornament on their headwear. Maybe the problem comes from Győző Somogyi's uniform book on the Hungarian Revolution and War of Independence. The book is very good indeed, but it shows an Austrian gunner with the above metioned incorrect hat. In fact only bombardier troops (who operated mortars, howitzers etc.) had yellow edged hats, ordinary gunners did not. "Gemeiner artillerists" had a simple black corsican hat. 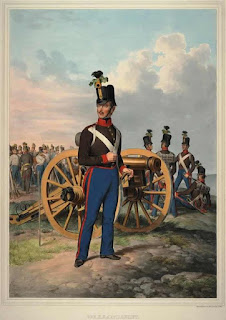 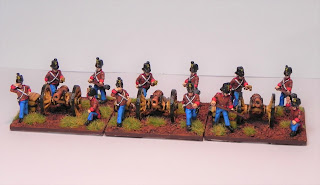 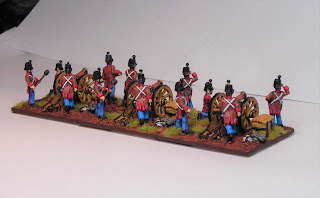 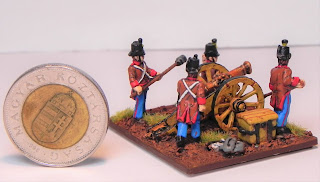 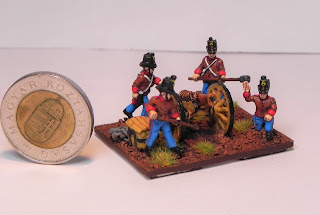 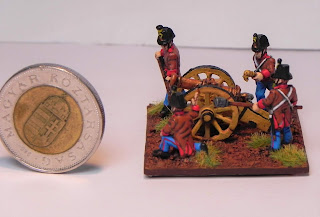 The figures are from Honvéd Miniatures.
Posted by Der Hauptmann at 21:06