My unit of 15th century hussars is fully completed. After the conversions and assembling, the painting of the colorful clothes took a long time. 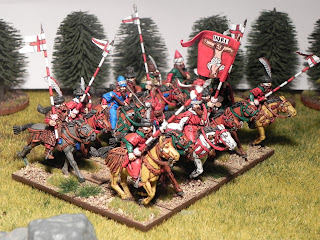 The "home made" lances got nice paper lance flags with St. George cross on them. The heraldry and the motifes of the shields are from real Hungarian 15-16th century hussar shields. One of them has a Serbian and an other has a Croatian shield. This simbolises that a lot of Serbians and Croatians fought in the hussar units of King Matthias. 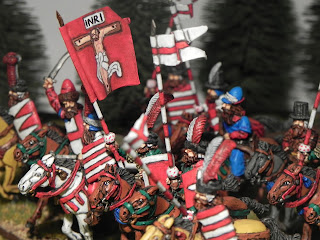 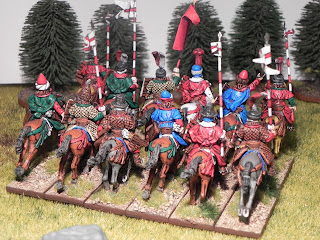 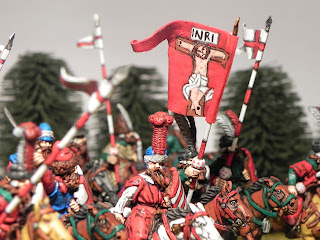 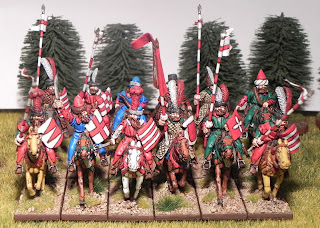 The flag of the unit is based on the woodcut shown in Bonfini's chronicle about King Mathias - the later version. It's a later resource (1540s), but in my opinion this kind of christian flag was typical in these times so we also can allow it for 15th century hussars. At first I drew the pattern of the flag with pencil on paper and next I painted it. 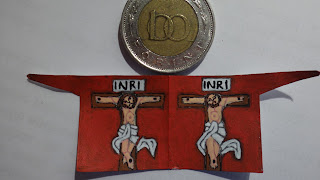 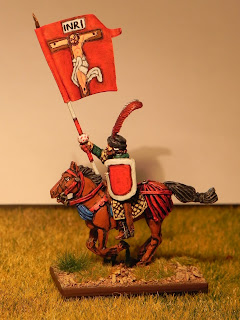