After my post about the first hussars, I have started to represent them in wargaming.
Several manufacturers produce figures for this theme. (Perry and TAG stradiots and the Old Glory's first hussar figures) I selected Perry stradiot miniatures because these have the most authentic clothes and equipment. At the same time, I found the strange hats of these figures really annoying. It is really boring when all of the soldiers in the unit have the same hat, so I cut them off and made others from Greenstuff. Most of these sculpted hussars get a simple Hungarian renaissance hat with feathers. Also some of them have Balcanic or Turkish style headgear. 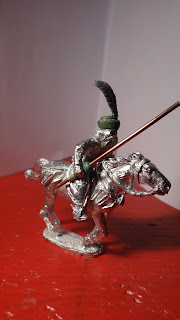 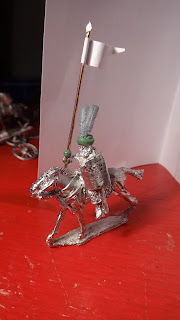 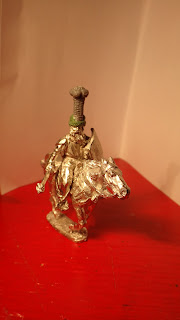 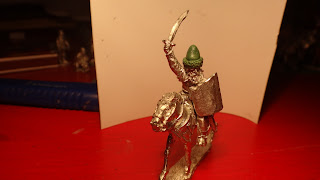 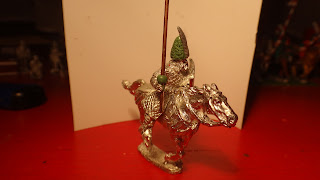 The Perry stradiot figures are mounted archers or spearmen. Both have sabre as secondary weapon. In spite of the high quality of the figures I had problems with the cavalry spears. The lance was the typical weapon of the hussars not the spear, so I had to make lances for my hussar unit. I used cooper wire for the main part of these lances and Greenstuff for the handle ball. This ball was typical among 15-16th century hussar lances because it stabilised the weapon in the hand of its users.
With these trick  I could make my hussar unit varying.
Posted by Der Hauptmann at 21:02