I fully completed the Perry mercenary figures. The last figures from the set are crossbowmen: 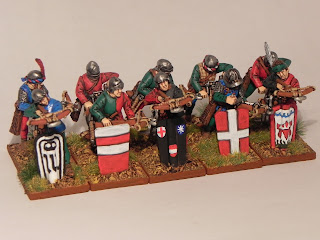 The crossbowmen had a really important role in King Matthias's army because they made the biggest part of the missile troops in the army. Usually they fought in mixed formation with heavy infantry in the safe covering of large pavise shields. 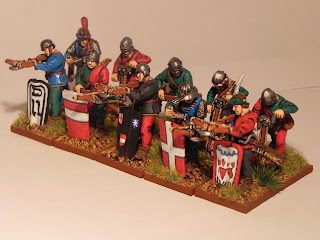 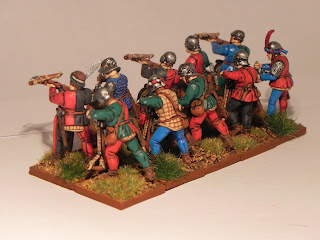 In the Mercenary set you can find two types of crossbows. The first is the German style armbrust which have better shaped body then the Western European or Italian arballeste with an angular body. You get also two types of crossbow spanning machines: the cranequin is for the German style and the windlass for the arbaleste. Do not mix up these while you assemble the figures! (Unfortunately I was careless and missed the first figure.) For the shooting pose crossbowmen you get the spanning machine detached to the quiver. 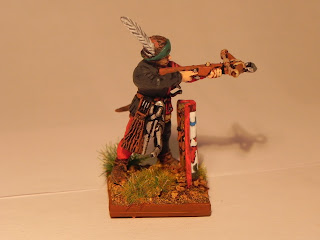 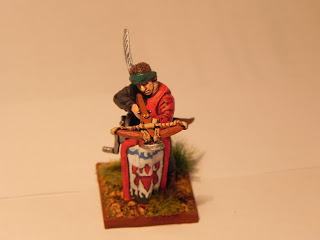