After a month break in my blog I am back again. During this time I have finished some crosbowmen and handgunners (unfortunately I do not have photos of them) and a full unit of mercenary knights. 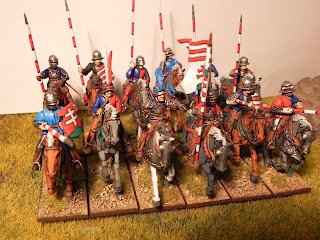 Yes, I can imagine that you were suprised when you realised that these figures are from the Perry's Light Cavalry set. However these are the best figures far away to represent mercenary heavy cavalry! You will understand it based on the below information about the background of these soldiers:

As I wrote earlier in my blog posts, the army of King Matthias had more infantry than the earlier Hungarian armies. Nonetheless infantrimen in the "Black Army" were still secondary troops. Cavalry represented the main part of the army and the tactics in an open battle were usually based on the manouvers of the heavy and light cavalry. All time Hungary could easily set up light cavalry but heavy cavalry was more expensive. The banderium of the king and the baronial banderiums mostly contained well trained and equipped heavy cavalry. However, the king's own banderium never contained more than 1000 soldiers and often most of the baronial  troops were not able to fight in the king's campaigns, because they usually defended another part of the kingdom (inspite of this, some of the king's confidential barons sent their troops on the royal campaigns and the king paid for this). In this situation Matthias had to set up more heavy cavalry units in order to balance his heavily armed Czech and German enemies. The easiest way was to hire mercenaries. These mercenary "knights" were mostly Germans, Poles or Czechs. Most of the time they were not as good equipped as the baronial troops, but they were experienced and well trained soldiers. In order to represent these "not as good equipped" mercenaries, I picked the light cavalry set. However, in my opinion the figures in this set are also too much heavily armed in order to represent light cavalrimen, they are rather medium cavalry. 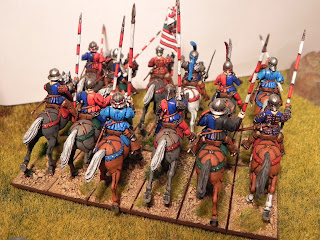 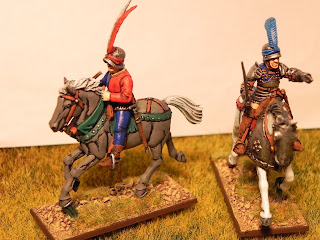 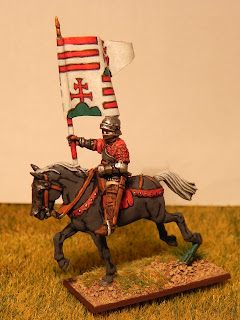 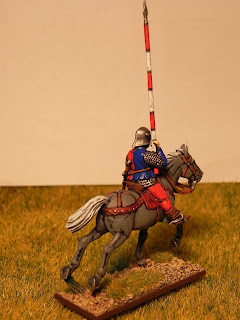 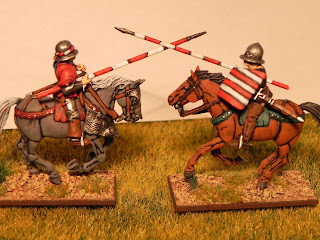 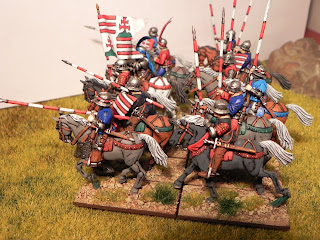