I finished other sets of figures for my Hungarian Revolution project. I started to build an Austrian army too. The first units are three battalions of infantry. Two of them are line infantry and one is a Grenzer.

The infantry in the Austrian army consisted of line regiments and Grenzer regiments, which were border guard regiments actually. Among the line infantry there were 'German' and 'Hungarian' regiments. In 1848 some units of the Hungarian infantry joined the revolutionary Honvéd Army, because of the laws of April ordered all Hungarian soldiers to return to Hungary (initially they were stationed in other regions of the empire). The Habsburg goverment could block some Hungarian infantry regiments to join the Honvéd army. Some of these were sent to Italy to fight against the Italian revolution. So all of the Austrian infantry who fought against the Honvéd Army were soldiers from 'German' regiments. 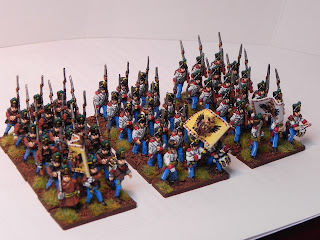 Also the Imperial government could stir up the Southern Slavic and Romanian minorities against the Hungarians. Most of the Grenzer regiments were Serbians and Croatians so these were also sent against the Honvéd Army.

The Austrian line infantry was better than the Honvéd infantry in terms of equipment and drilling. Most importantly their firepower was better because all of them were equipped with M 1842 Agustin muskets. These rifles had tube lock ignition system which was more reliable than the flintlocks of the honvéds. However, the soldiers of the revolutionary Hungarian infantry had higher motivation to fight. 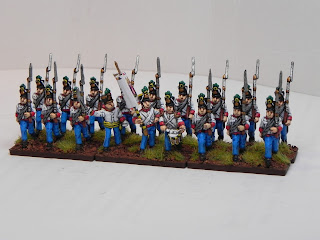 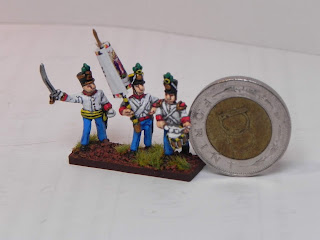 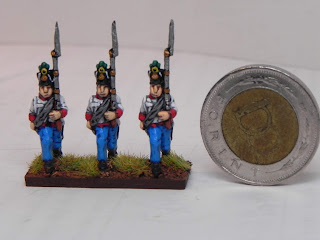 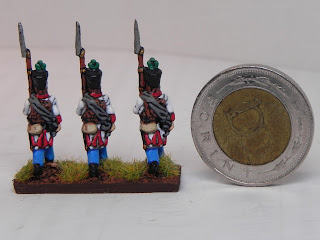 The Grenzer infantry was less drilled than line infantry, however their equipment was nearly the same. The Grenzer's uniform was different: they had a brown coat instead of white. 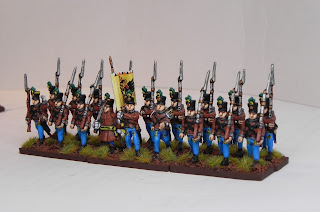 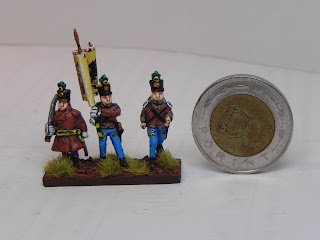 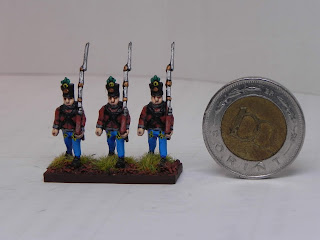 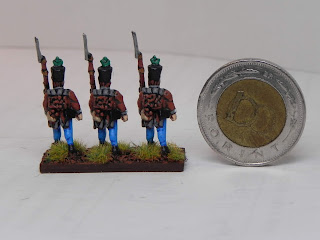 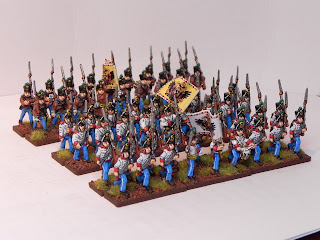 All of the figures are from Honvéd Miniatures.
Posted by Der Hauptmann at 00:06