I completed the handgunners from the Perry plastic Mercenaries set. They are Hungarian handgunners with pavises. 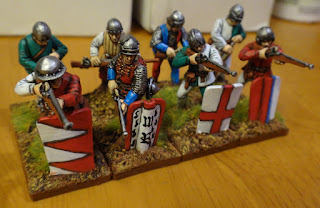 Most of the foot missile troops of the 15th century Hungarian army were foot archers and crossbowmen but towards the end of the century more and more handgunners appeared. At first they were mostly mercenaries and town militiamen, later also the baronial troops and the defenders of the southern border castles had more and more handguns. King Matthias did not really like the handgun, he prefered the crossbow as missile weapon but he also had some handgunners in his “Black Army”. From the later period of the century we have a lot of written sources about handgunners and use of handguns. These resources called this kind of soldiers as “pixidarius”. We have information about that once in the mountains of the Balkans the valley of 200 Hungarian handgunners defeated 500 Turkish horsemen. They fired 500 times per 2 minutes! 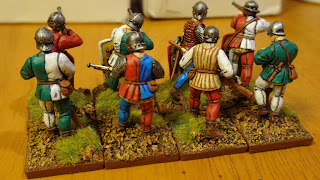 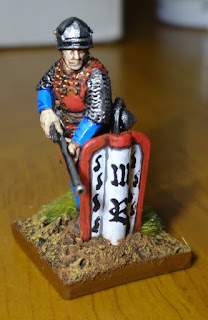 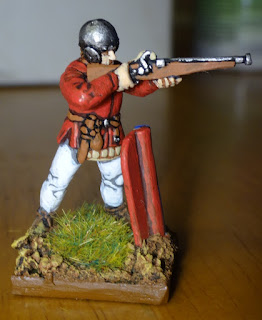