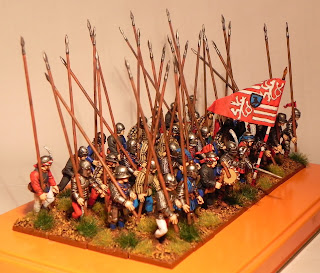 King Mathias's army had more infantry units than the earlier Hungarian armies. Most of the infantrymen in this army were heavy infantrymen. The heavy infantry fought in combined formation: the pavisers and the halbreiders defended the crossbowmen and the handgunners. They had defensive fighting strategies.

However in the second half of the 15th century a new weapon appeared on the battlefields: this was the pike. Earlier the knights and the heavy cavalry had full dominance on the battlefields and the infantry was only a secondary unit type. With the pike the infantry could balance the advantages of the cavalry. At first the Swiss used the pikes successfully. The Swiss pikemen formed massive squares on the battlefield. Swiss infantry tactics proved to be effective against heavy cavalry and chivalric enemies. At first they beat the Austrians in the 14th century and in the 15th century they fought successfully against the Burgundians. Swiss soldiers also fought in many European armies as mercenaries.
Mathias mostly had heavy infantry but I cannot imagine that his modern and powerful army did not contain pikemen. Swiss mercenaries also fought for Mathias (Hans Halwyll and Hans Müller were their commanders) and they certainly used pikes.

The figures of my pikemen unit are from Perry Miniatures – EuropeanMercenaries plastic box set. I only have finished the pikemen from the set, currently I am working on the handgunners and the cossbowmen. From the box you can assemble only 16 pikemen. It is really few for making an effective unit therefore I made a good change with one of my friends, who gave me pikemen in exchange for my Zvezda knights. With this change I could reach a unit of 32 pikemen. 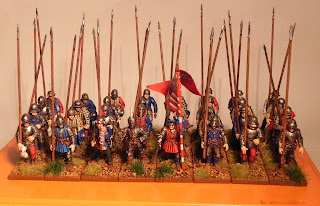 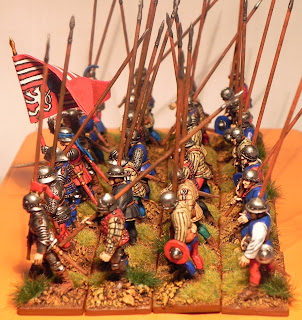 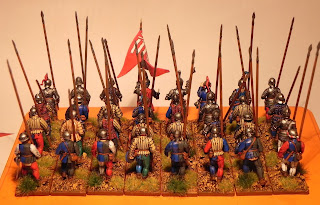 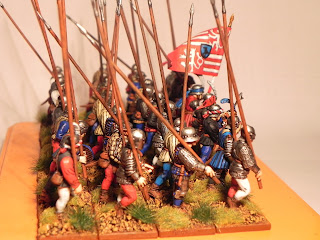 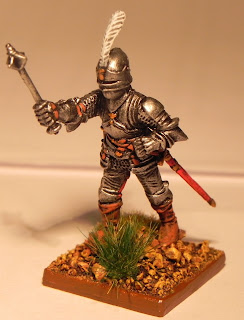 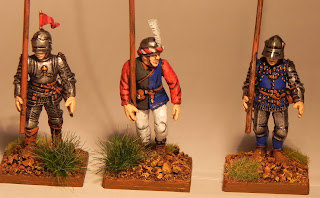 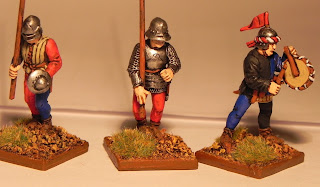